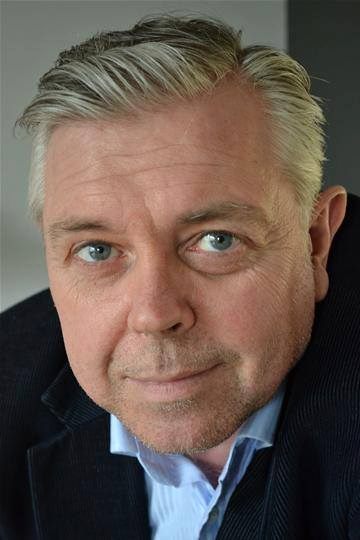 Martin reprises his role from 'Killing Lionel' as the notorious gangster 'Jack Crooks'. Originally from Kent, South East England, Martin turned to acting relatively late in life, but such is his versatility, he already has over 25 film and TV roles to his name. We are thrilled that Martin has agreed to come back on board for the follow up, and are relishing the opportunity of bringing his character back to the screen in 'Card Dead' 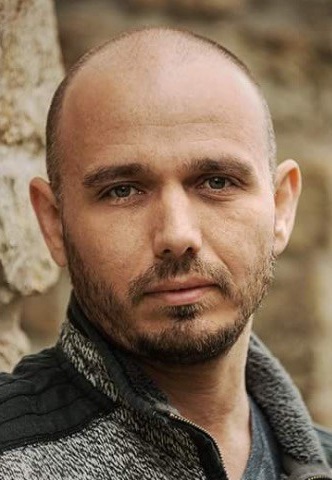 Phil is a talented actor and screenwriter, and it is fantastic to have him back as 'Eddie' one of Jacks henchmen. Phil has appeared in several TV shows including for Sky and the BBC, as well as writing, producing and starring in the award winning 'A Story for Happy' 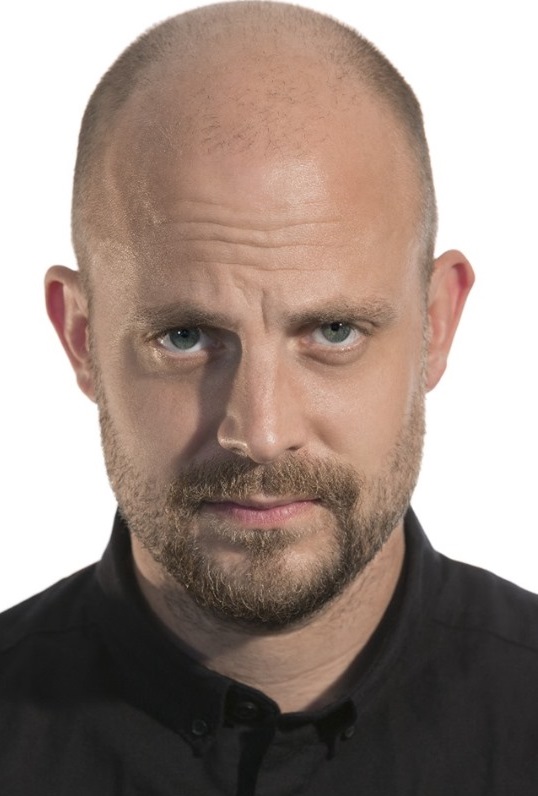 James a talented actor and musician, once again comes on board to take up the role of 'Sully' the twitchy, unpredictable and violent henchman of Jack. James, originally from Bedfordshire, now living in Devon, has appeared in many short films, T.V series and features. It is fantastic to have James back on the team as Sully. 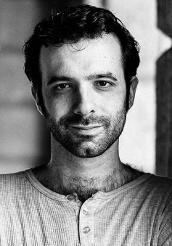 Emerson Pike (Woody)
Emerson is a talented stage actor and has been performing across the south west and beyond for over a decade in productions such as, 'Frankenstein', 'Twelfth Night' and 'Christie In Love' to name but a few. This will be his first feature film and he is relishing the opportunity. We are over the moon that we have secured his services as the one of the leading roles. 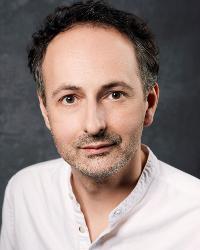 Coldfield Charlie (Nigel)
Charlie is a talented and versatile actor who's screen work includes 'Hell's Bells', 'Seeing Red' (Wandering Tiger) 'From the ground' (King-Collins) and 'Bedlam' (Seneca). He has also done plenty of past theatre work, and is currently touring a new musical 'Hot Flushes' with Documental Theatre. Charlie joins us for the small but important role of 'Nigel' and having seen plenty of Charlie's work, we are thrilled to have him on the project. 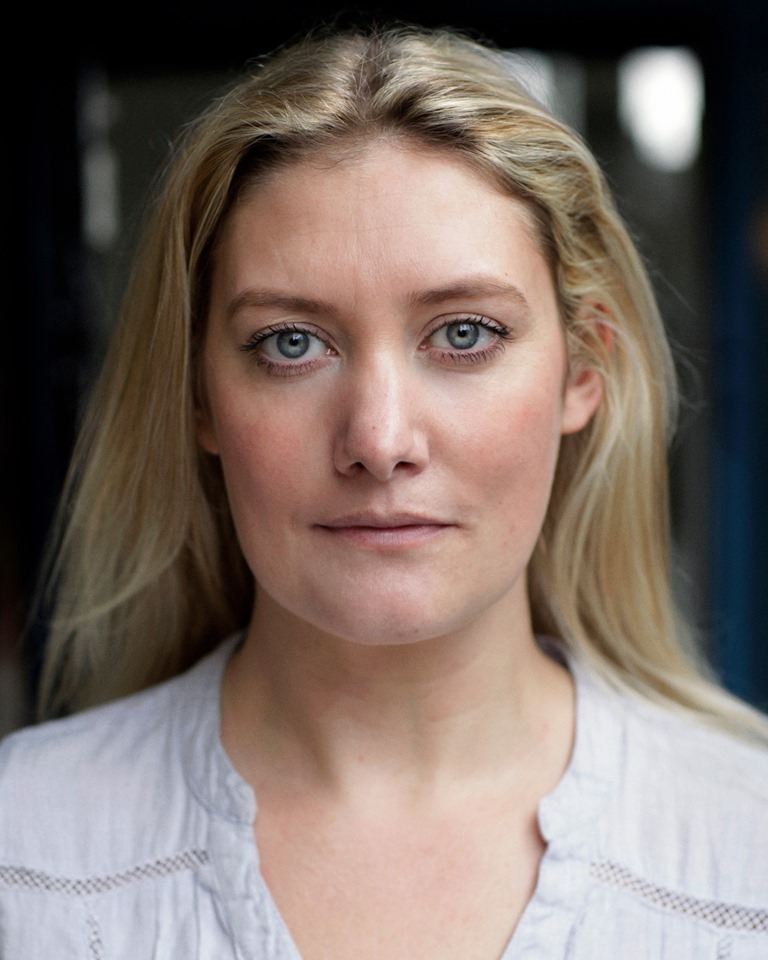 Carly is a Devon based actress who trained at Drama Studio London. She has performed in stage productions at both the Theatre Royal Plymouth and the Barbican Theatre. After an amazing performance in 'Killing Lionel' we are blessed to have Carly back on board in the role of 'Peaches' again. 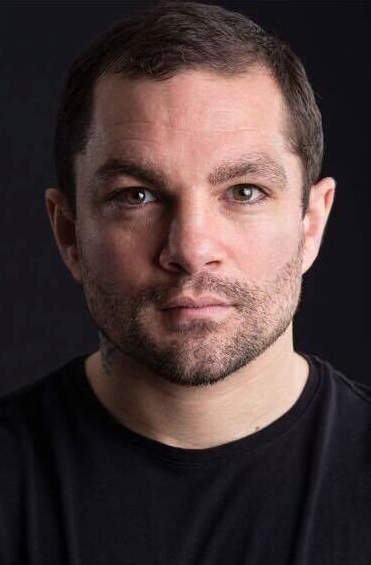 Andy Gatenby (Jimmy Crooks)
Andy is an ex-professional boxer turned actor. After retiring undefeated for medical reasons, Andy appeared on the BBCs 'Special forces: Ultimate hell week' reaching the final of the series. After attending drama school for 2 years, Andy has been involved in numerous independent films, such as 'Invasion of the not quite dead'. The team welcomes Andy aboard, he will playing the role of Jack's no good Nephew 'Jimmy'. 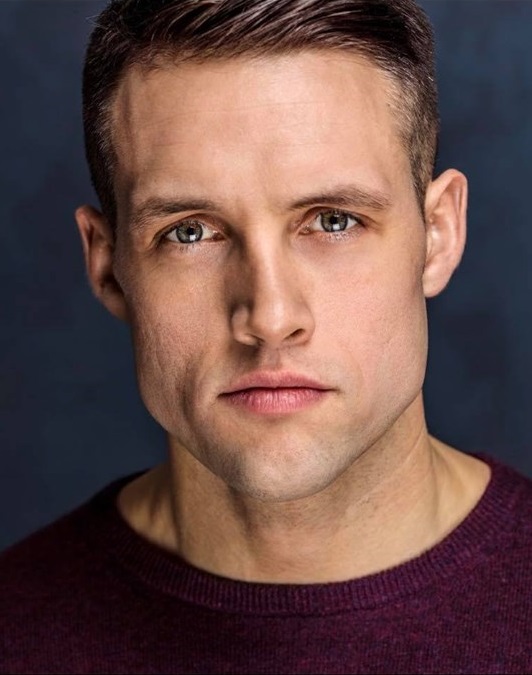 Steve Aaron-Sipple (Billy)
Steve is a London based actor who studied screen acting at ISSA, located in the heart of the prestigious 3Mills Studios. Steve has been in several feature films, and TV shows such as BBC's 'Cuckoo'. Most recently he appeared in the award winning web series 'Horizon'. We are delighted to have Steve on board as 'Billy' one of the poker players. 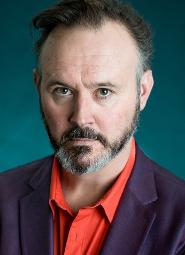 Simon Alison (Lenny)
Simon, who will play local club owner - 'Lenny', is a Devon based actor who has appeared in various film and stage productions. Alongside physical acting Simon worked with his voice for the past 20 years on T.V commercials, feature films, audio-books and corporate projects. Simon makes up a very important member of the cast, as the local rival to Jack Crooks, and we are thrilled to have him as a part of the team. 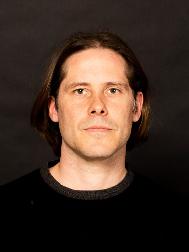 Klaus Kruse (Kazimir)
Klaus - a Director, Scenographer & Performer, works as senior lecturer in Theatre and Acting, at Falmouth University's Academy of Music and Theatre Arts. He is also the Artistic Director of the international performance collective 'Living Structures' which he co-founded in 2007. Klaus comes on board as Russian card player, 'Kazimir' and we are very pleased to have him involved. 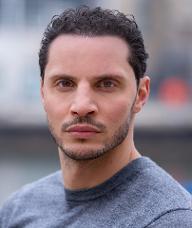 Chris Evangelou (Tony Sparks)
Chris has been a professional boxer for the last decade, and in this time has become International Welter weight champion, before three years ago turning his attention to professional acting. Recently he had a principal role in Guy Ritchies latest gangster flick 'The Gentlemen' (2020) which has not long finished filming. He is currently working on a short film and starring along side James Cosmo, playing the role of Mason Mendoza. It is fantastic that Chris has come on board for the role of card playing thug 'Tony', and we are very much looking forward to working with him. 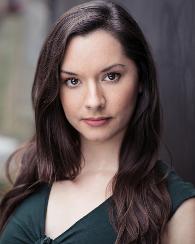 Katherine Drake (Scarlet)
Katherine is a talented television, film and theatre actress. She played the lead character in the feature film 'Alien Outbreak' (Rendered Pictures, 2019) and 'Happy' from the award winning short 'A story for Happy'. Other credits include 'Greta Winterbottom' in 'Radio Sea Breeze', (ZDF Television, 2018) and 'Antigone' in Four of Swords Theatre’s 'Oedipus' (2019). Katherine is a terrific actress, and we are so pleased that she agreed to come on board as the mysterious 'Scarlet'. 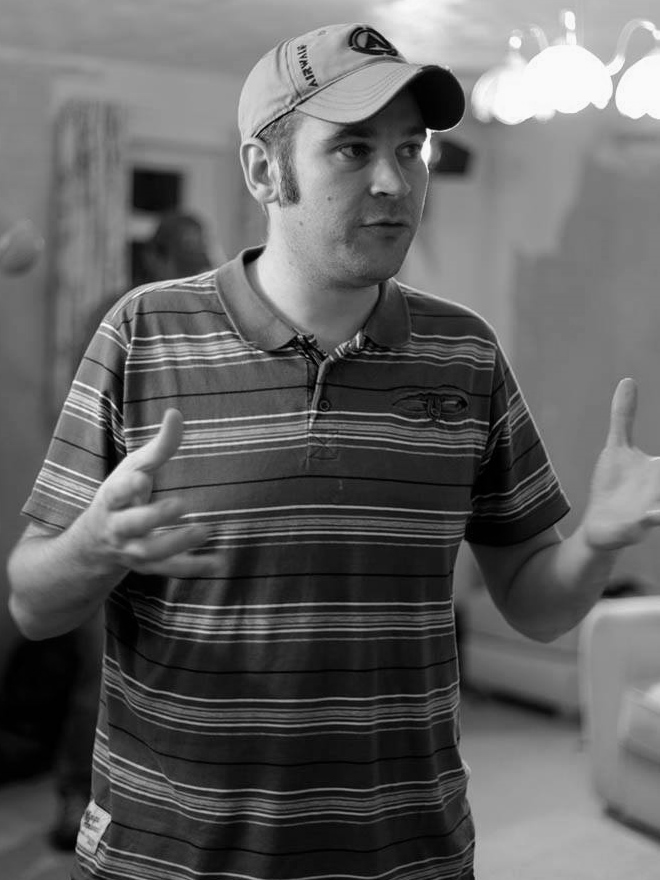 Tim Thorne is a writer, producer and director from Devon. Tim's first feature film 'Killing Lionel' which he directed in 2015, has just gained a worldwide distribution deal and is due for release later this year. He returns as the writer/director for 'Card Dead' 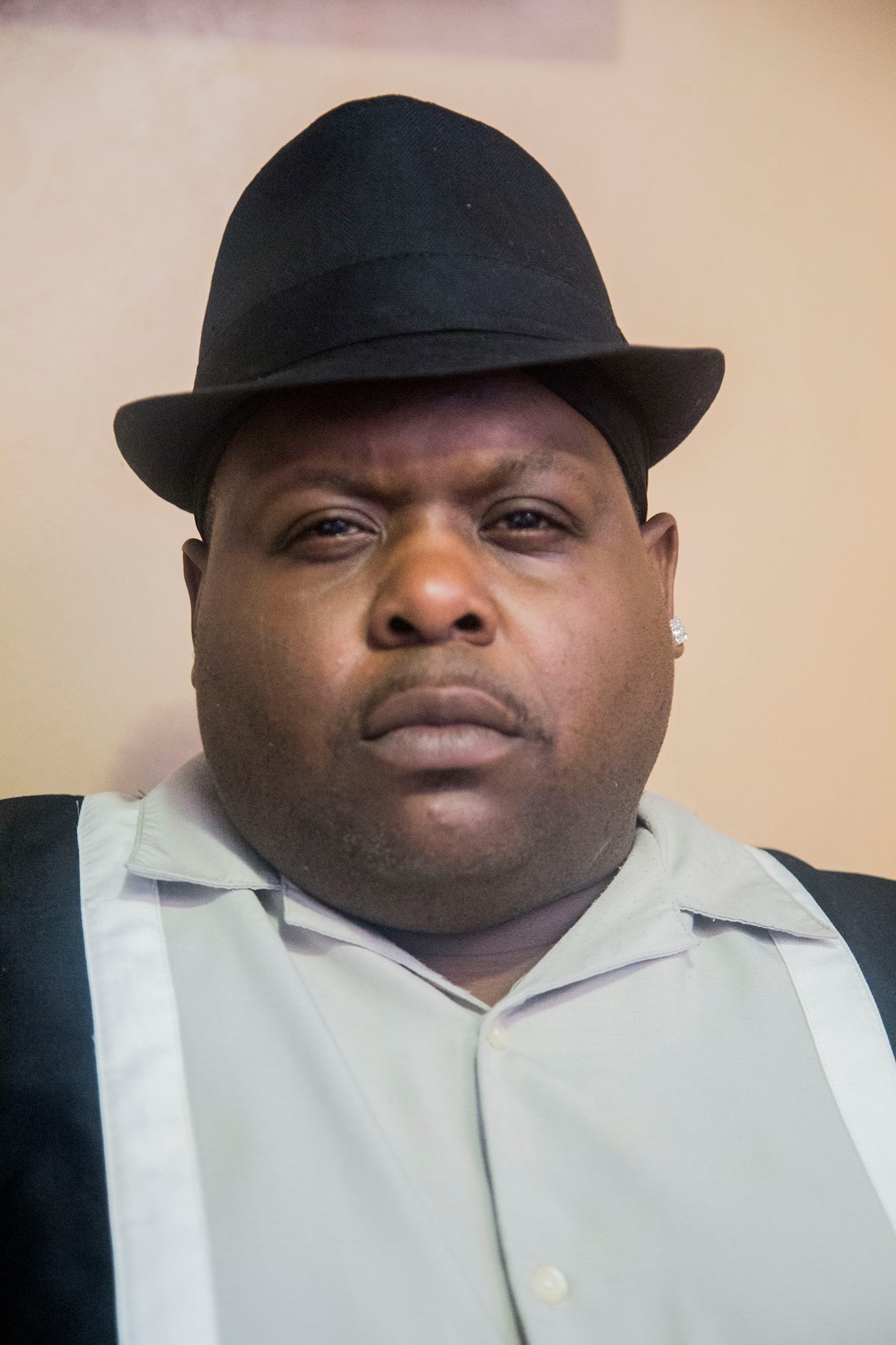 Cleo is an actor and producer based in Las Vegas. After linking up with writer/director Tim and helping gain world-wide distribution for Killing Lionel, Cleo joins the Card Dead team as part of the production team and also playing the part of American business tycoon, 'Rolo Jones' 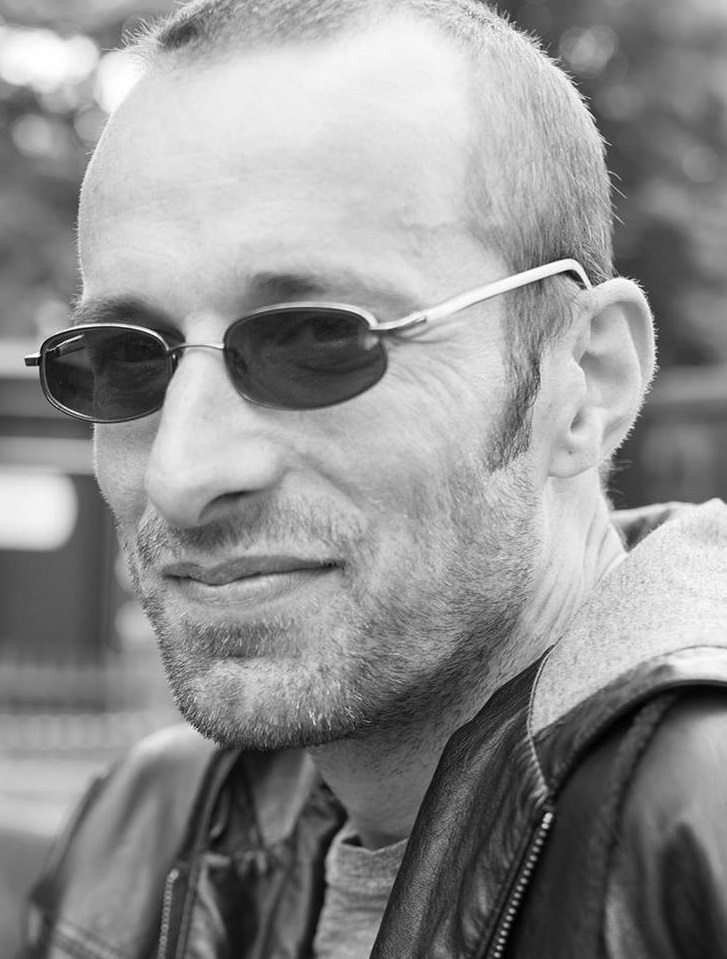 Tom founded his own production company 'Paramore Productions' in 2010, after lengthy stints working in community video and local advertising. He has an Honours degree in Film and Video, and is a PGCE qualified teacher. Having worked closely with Tim on Killing Lionel, Tom returns as Director of Photography and Editor on Card Dead. 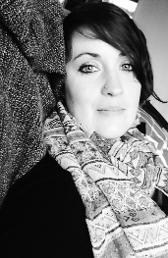 Minna Gibbs-Nicholls (Production/Costume Designer)
Minna is a designer living in South Devon. She studied Theatre design at The Royal Welsh college of music and drama in Cardiff. Since graduating she has worked on various shows and films, including 'Killing Lionel'. She returns for the follow up as the production and costume designer. 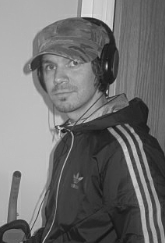 Pete Carroll, co-founder of Sunset Rider Productions, has worked on many local film projects with Tim Thorne (Writer/Director) over the past few years - helping with graphics, artwork and web design and also writing music for various projects.